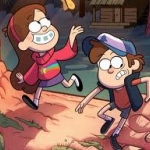 Hi I'm Toti (real name Aaron) and I'm from Puerto Rico. I am an admin in this wikia. I started to like Fred when i was like 8 years old ( I'm just 12 now) and it was so funny. My favorite episode was Fred and the Swimming Pool. Fred: The Show is one of my favorite TV shows of Nickelodeon along with Victorious,iCarly,Big Time Rush,Fairly Odd Parents,Figure it Out,Drake and Josh(re-runs),House of Anubis,How to Rock, and the best one of all Spongebob SquarePants. For me Nickelodeon is my favorite channel along with Disney Channel,Cartoon Network, The Hub and Spike. I started watching Nickelodeon when I was about 5 years old. The first series i ever watched on Nickelodeon was Spongebob SquarePants and Fairly Odd Parents. When they installed "Dish Network" in my house I started to watch iCarly. At first, I didn't like it but when I started to watch more episodes and became a fan of it. Years later Victorious premiered and I didn't watch at all. Months later I watched "Wifi in the Sky" and I started to like the show and started to see all the episodes in the computer (Megaupload). Then in January 1st, 2011 came House of Anubis. I didn't even know what was it about, but I started watching it and litteraly I became a fan of it. Then came Big Time Rush,Figure it Out,How to Rock and the other season of Brainsurge. Then this year came Fred: The Show and I really wanted to watch it so I did and it was the best.

Retrieved from "https://fred-the-show.fandom.com/wiki/User:TheTotino111?oldid=4492"
Community content is available under CC-BY-SA unless otherwise noted.